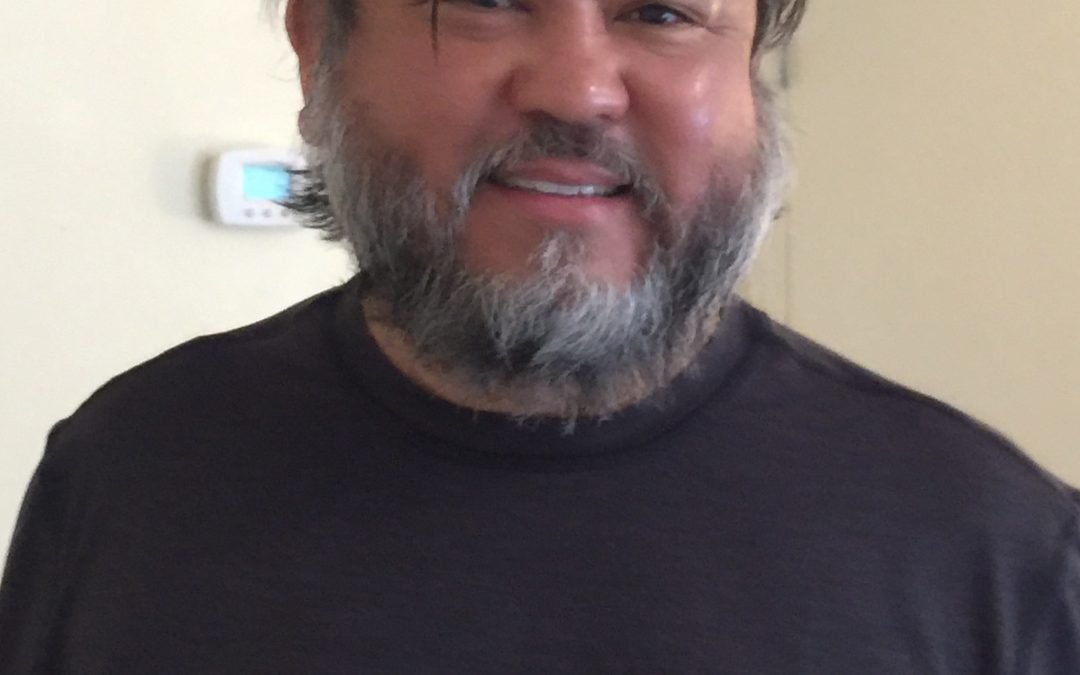 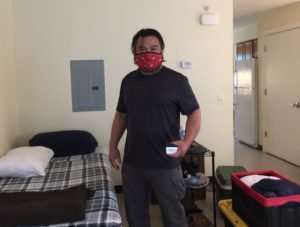 Vince is a Marine combat veteran. He was homeless last summer. As we observe Military Appreciation Month throughout May, two words that should never be side by side are “homeless” and “veteran”.

This man’s welcoming Chamorro culture flows freely from him. Growing up on his father’s ranch in Guam instilled a strong work ethic. This motivated Vince to give his all in serving with the Marines. During those 16 years, he obtained a B.A. in Criminal Justice, did many tours including Desert Storm, and earned a Navy Achievement Medal.

After the military, Vince settled in Hampton Roads. Keeping a job proved difficult because his back was progressively weakening due to the past intense military work. Last summer, a roommate didn’t pay their portion of the rent. Vince was evicted. His family in Guam helped as much as possible, but Vince ended up having to sleep in his car in the Farm Fresh parking lot off Shore Drive.

The determined man was thankful to find showers and help at Day Support operated by JCOC and located at the Housing Resource Center in Virginia Beach. During one visit there this past January, he learned about our Veterans Transitional Housing program. Soon after, Vince moved into one of our transitional apartments and began receiving personalized case support. He looks forward to becoming self-sufficient soon saying, “God was always there with me!”

JCOC is honored to help the 16 heroes who are a part of our Veterans Transitional Housing Program. They live in our Virginia Beach apartment building. Rent is just 10 percent of their income. Individuals stay for up to one year, receive case management services, and are linked to VA services – all tools which result in finding permanent housing.

Did you know? Officially designated by Congress in 1999, Military Appreciation Month takes place every year throughout the entire month of May. Every year, the president issues an annual proclamation reminding Americans to celebrate this patriotic month that pays tribute to those who have sacrificed so much for our freedom.