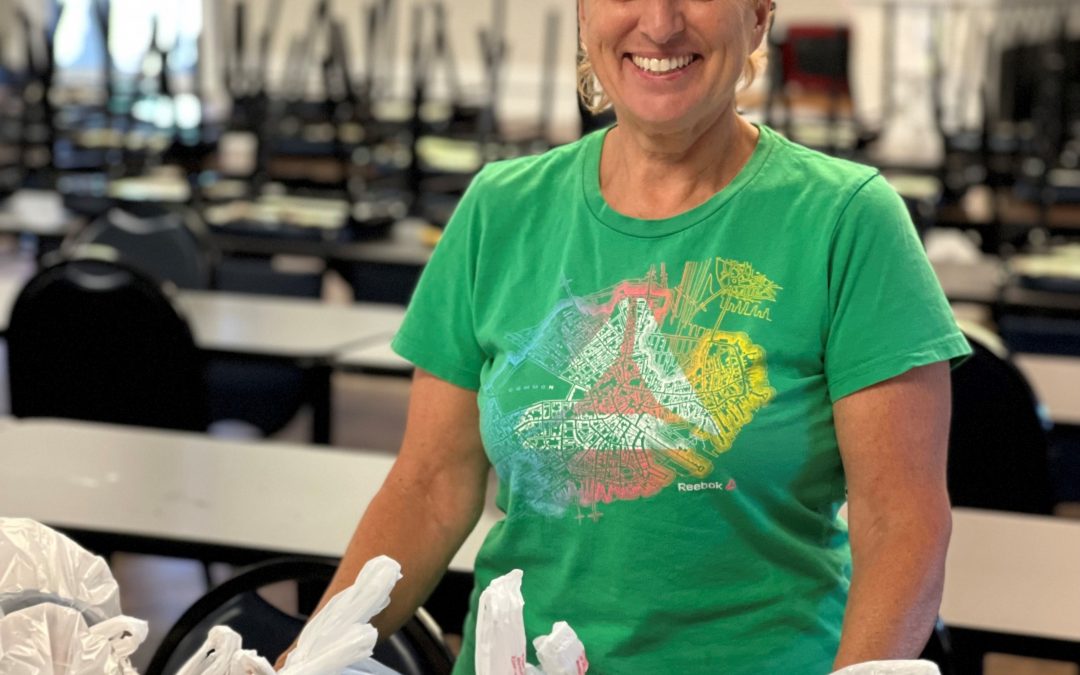 At least four times a week, every week, you can find Vicki in JCOC’s dining hall. For nearly six years, she has faithfully volunteered her time to help sort and organize food donations from the Foodbank, as well as give it to the community through our Food Pantry and Family Food Box programs. Vicki came across JCOC after searching for ways to give back to the community. Typically, for Christmas her family would draw names for a gift exchange. One year, several family members surprised each other by presenting the same idea – find a charity to donate to instead of giving gifts. When they discovered they had the same idea, Vicki thought, “God, you’ve got something going on here.”

She, her husband, Randy and two of their grandchildren helped serve Community Dinner around the holidays. The family also used the money they would have spent on gifts to purchase socks, gloves and blankets for our dinner guests experiencing homelessness. Not long after, Vicki and Randy attended a volunteer orientation. Vicki quickly became a regular, serving on Saturdays and over the summer. During the week, she worked as a kindergarten teacher for the Virginia Beach City Public Schools (VBCPS). She joined VBCPS as a volunteer, later became a substitute teacher and worked in security and physical education. In October 2021, she retired from teaching after thirty-one years.

Vicki is enjoying retirement. She loves being home and working outside in her garden. She also enjoys her time at JCOC. One of her favorite parts about volunteering is working with the other volunteers. This teacher became a student as she learned the ins and outs of serving in the dining hall. “I want to be able to give back. I want to learn everything you can teach me,” she told our team. Now Vicki helps train new volunteers and oversees the food pantry when needed. Serving others is a way of life for Vicki. She has traveled the world on many mission trips to places such as Africa, Turkey, China and England to help those in need. She looks forward to going on more mission trips in the future, especially to India.